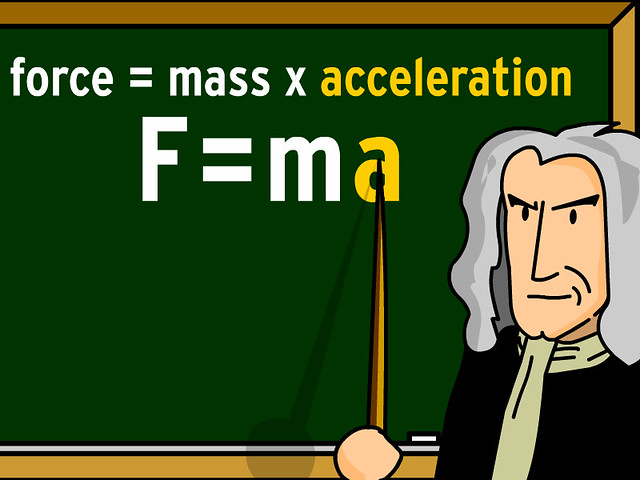 Sir Isaac Newton over 300 years ago discovered the physical principals which explained the motion of aircrafts. In 1686, he proposed the three laws of motion in his book “Principia Mathematica Philosophiae Naturalis”.

Newton’s first law of motion states that any object will remain at rest or in uniform motion unless its state is changed by an external force.

Newton’s second law explains how an object’s velocity changes when an external force is applied on it. This law states that force is equal to the time rate of change of momentum.

The Newton’s second law of motion states that a force is equal to the time rate of change of momentum. Momentum is defined as the product of mass m and velocity v.

The formula which can be deduced from this law is as follows:

His third law of motion is defined as, there is an equal and opposite reaction for each action. For any aircraft, the laws of action and reaction are important. It explains how a lift is generated from an airfoil. In case of a spinning ball, at one side the air gets deflected, and as a result the ball moves in the opposite direction. In case of a jet engine, it gets an upward thrust through action and reaction of its hot gases.