Nanoday | Without Going To Space, How Can You Go To Space

Recently, NASA has come up with the HI-SEAS program. It is a planetary surface analogue of Mars on the Mount Loa volcano in Hawaii. This research program is designed to test the effect of long time isolation of small crews. In deep space the study of new food system was the main area of research in HI-SEAS program.

In this case the crew members faced a lot of psychological challenges like problems in sleeping, circumstantially how to keep a team together, etc. The future of outer space travel is bright. We will survey the outer space and one day will inhabit it. Astronauts have come with a new project called Seeker. According to this project, communities from all over the world come up with ideas on starship prototypes. This prototype will envision again human survival and habitation.

According to the HI-SEAS project, starships are to be built. Starships are the combination of three subjects which are people, technology and ecology. Aquaponic systems surround the astronauts. During the project, the team of astronauts lock themselves up for a number of days. Their performance and experience was studied in detail. 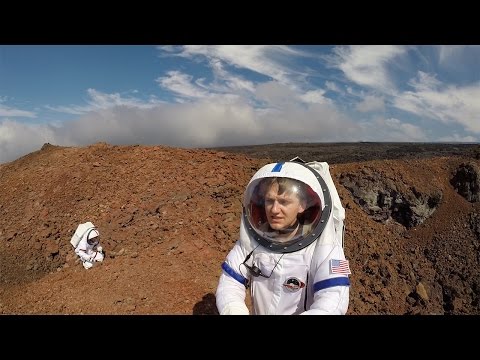 In the Atacama Desert in Chile, the next version of the HI-SEAS program is progressing. It looks like a Mars analogue. It is used by NASA for equipment testing. The desert is the home of the largest telescope ALMA. The desert is the driest place on Earth. That’s why it’s very interesting to build our project there.

Another aspect of the project is to test the connection between the crew and the local native population. These local residents are living there for a long time. So, the crew was interested to learn a variety of things from them and use it to increase their space exploration knowledge.

Finally, it can be said that by exploring technology, biology, integration and people, astronauts are trying to redefine the future.